Warning: Use of undefined constant ‘WP_DEBUG’ - assumed '‘WP_DEBUG’' (this will throw an Error in a future version of PHP) in /home/seosynta/public_html/wp/wp-config.php on line 99

Warning: Use of undefined constant ‘WP_DEBUG_DISPLAY’ - assumed '‘WP_DEBUG_DISPLAY’' (this will throw an Error in a future version of PHP) in /home/seosynta/public_html/wp/wp-config.php on line 100
 SEO Trends in 2019 | SEO Syntax

The people who deal with Search Engine Optimization know that SEO is always changing. If you want to stay successful, you need to keep up with the changes in order to better optimize your content. If you do not do that, there is a good chance that you will be beaten by the competitors who are aware of the ways SEO has changed. It is an ’’adapt or die’’ kind of situation. So, in order to adapt more easily, read this article on new SEO trends in 2019.

First of all, people who are interested in buying products seem to be bypassing Google and heading straight to Amazon in order to find the products they are interested in. People have been using Amazon to search for products ever since Amazon came into existence. However, they now do it a lot more often. One study has concluded that a surprisingly large percentage of consumers in the USA, Germany, France, and the UK primarily search for products on Amazon – 72 percent. And there is a good reason for that. Not only can the shoppers buy the product that they like right away, but they can also use Amazon for anything that they might have needed Google. We are talking about things like suggestions for similar products and user reviews.

Maybe the author of this picture bought this boat on Amazon in order to pilot it across the Amazon.

This will certainly have a big influence on Google, as it puts a dent in their income. Searching for products on Amazon affects Google Ads and Google will lose money because of this. That is because shoppers will no longer click on ads for similar products on sites that have Google Ads running. This is one of the more interesting SEO trends because many SEO experts predict a huge rise in Amazon Search Optimization in 2019. SEO will no longer include only Google optimization, but it will also be necessary to optimize your content for other ’’engines’’ as well (Amazon and, later, probably Apple). This means that using all the ’’usual’’ SEO techniques will no longer be enough (by the way, if you are interested in some of the more advanced SEO strategies that you should adopt – we can provide you with some useful information).

Another new SEO trend concerns the rise of voice search. The number of users who search the internet by using voice search is increasing every day. So much, in fact, that specialists are expecting that by 2020 half of all searches will be made by using one’s voice. Not only that, but voice assistants of all kinds are becoming increasingly popular. 35,6 million Americans have reported that they use voice-controlled accessories at least once a month. Smart speakers are extremely in demand, as one in six Americans now owns such a device.

Of course, it is clear that this will lead to a huge change in the world of SEO. As such, this is definitely one of the most important new SEO trends. The change will occur because of the differences between spoken and written language. There is a big difference between how someone will type something, and the way they would phrase the same query by using their voice. This means that you should be prepared for answering the queries that were posited by using a more natural language.

Based on the way Google has been acting so far, we can determine that there is one thing that is very important to this IT giant – sites should be easy to use and as comfortable as possible so that the user can quickly browse the specific site and then move on to another one. This ’’need for speed’’ was especially evident in Google’s Speed Updates. These updates are their way of reducing the position that slow mobile sites had in Google rankings (while we are at it, everyone should conduct an SEO audit, and not only because of Google rankings). One can conclude that Google sees the slow-loading pages as one of the bigger problems when it comes to mobile searching. It seems that Google wants to use its popularity to make the site owners improve in terms of loading times. When it comes to SEO trends, this one is especially interesting because, back in March last year, Google introduced what is called mobile-first indexing. This is not surprising, as almost 60 percent of all internet traffic happens on mobile devices. Unfortunately, it is not easy to predict what mobile-first indexing entails when it comes to SEO. What we do know, however, is that you should definitely keep an eye on the speed of your website.

Finally, there is the blockchain technology. In simplest terms, blockchain is an expanding list of blocks (records) that are connected by using cryptography. Blockchains were invented in 2008 because there was a need for a sort of a public ledger that would be used to track the transactions made with bitcoins (a form of cryptocurrency).

Blockchains used to be associated primarily with bitcoins, but now they are also influencing SEO.

While blockchains were most strongly connected with bitcoins, in the future they will have a great influence on SEO too. One of the jobs that Google has had was to be a sort of a middleman between the owner of the website and the entity that is paying to have its ads displayed. That is why it was important for Google to maintain a trust relationship between the involved parties. That is where blockchains come into the picture. Namely, blockchains can verify that a user is not lying about his or her identity. They can determine whether a real person or a computer program (a bot) has viewed the ad. That is useful because website owners will only have to pay for the clicks made by actual people, and not bots, thus securing the trust relationship between all parties. Because blockchains are so efficient when dealing with attempts of online fraud, they will not only influence Google, but they will have an effect on the overall SEO. Microsoft and some other big companies are already looking into ways to utilize blockchains.

These four SEO trends will have the greatest influence on SEO in 2019. However, here are some more trends, some old, some new, that are also relevant: Like we said, SEO keeps changing, but by staying up-to-date and learning all you can about new SEO trends, you will increase your chances of surviving in this severely competitive environment. Stay safe!
May 10, 2019 Elizabeth J. Education No comments
SEO importance seo trends 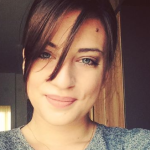 Categories and Tags in WordPress? How to Use Them Properly

The best free SEO tools to increase your rankings

Outdated SEO techniques you should avoid